James J. Lynn was one of Kansas City’s great businessmen. Born in poverty as the son of a cotton farmer in Archibald, Louisiana on May 5, 1892 he had outstanding abilities and initiative and became a self-made millionaire at an early age. 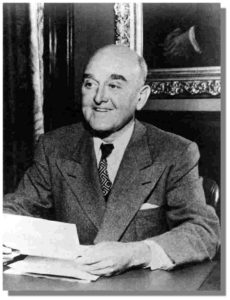 He started his career working for the Missouri Pacific Railroad Company at the age of 14 after he finished grade school. In 1909 at the age of 17 he came to Kansas City where he put himself through high school and law school. He received his law degree in 1914 and became a certified public accountant in 1916.

At the age of 24, he became general manager of the U.S. Epperson Underwriting Company and at the age of 29 he purchased the business from famous Kansas Citian U.S. Epperson. The business thrived under his direction and expanded into many other business areas in insurance, as well as oil production, citrus fruits and banking.

The Kansas City Star described him as:
“…one of the most sensational American success stories,”
“..one of Kansas City’s most remarkable stories of individual brilliance and achievement,”
“The scope of his activities implies that he is one of the busiest executives in this part of the United States.” 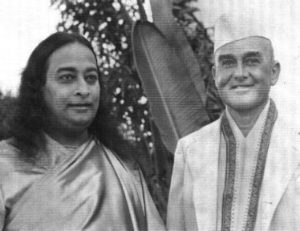 In respect for the great contribution James J. Lynn made to SRF, the Kansas City Meditation Group places flowers at his crypt at Forest Hill Cemetery regularly, and four times each year places flowers on behalf of Brother Chidananda and Self-Realization Fellowship.

More information about James J. Lynn can be found on the SRF Web Site.